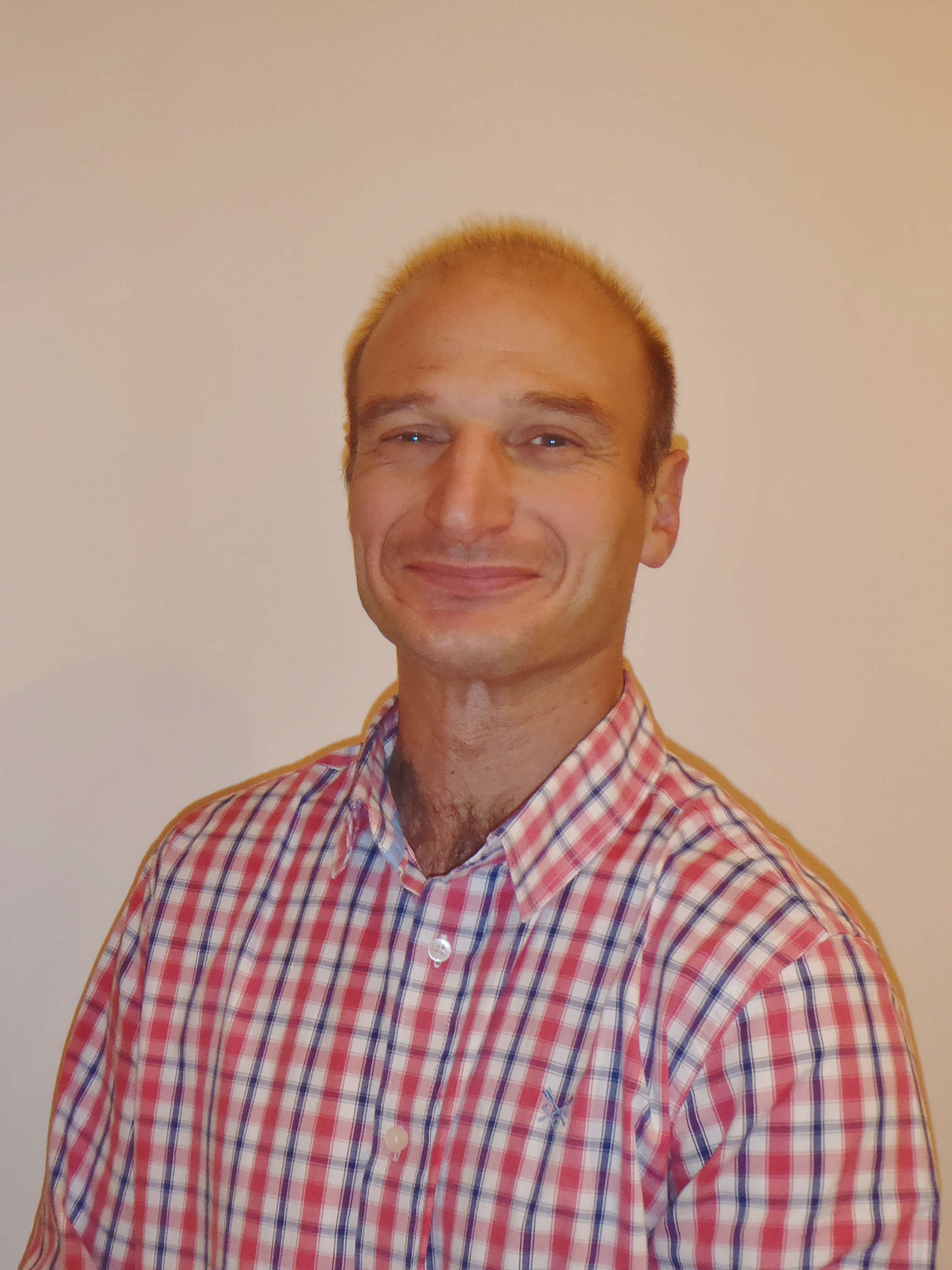 After graduating from the University of Cambridge Bruce started work in Wendover before moving to Haslemere to work for an equine practice in Sussex. Setting up his own equine practice in 2003 near the borders of Surrey, Hampshire and Sussex, Bruce was joined by John Hennessy the following year and has grown the practice from humble beginnings to a highly successful but still very personalised equine veterinary clinic. Leading the sport horse side of the practice Bruce has worked with many high-class showjumpers, eventers and dressage horses as well as being intimately involved with the success of many high-goal polo teams over the years, yet still enjoys general equine practice. Bruce is married with 3 children and away from work he enjoys skiing and travelling with his family, mountain biking and is the chairman of the Haslemere RUFC Juniors as well as a coach. 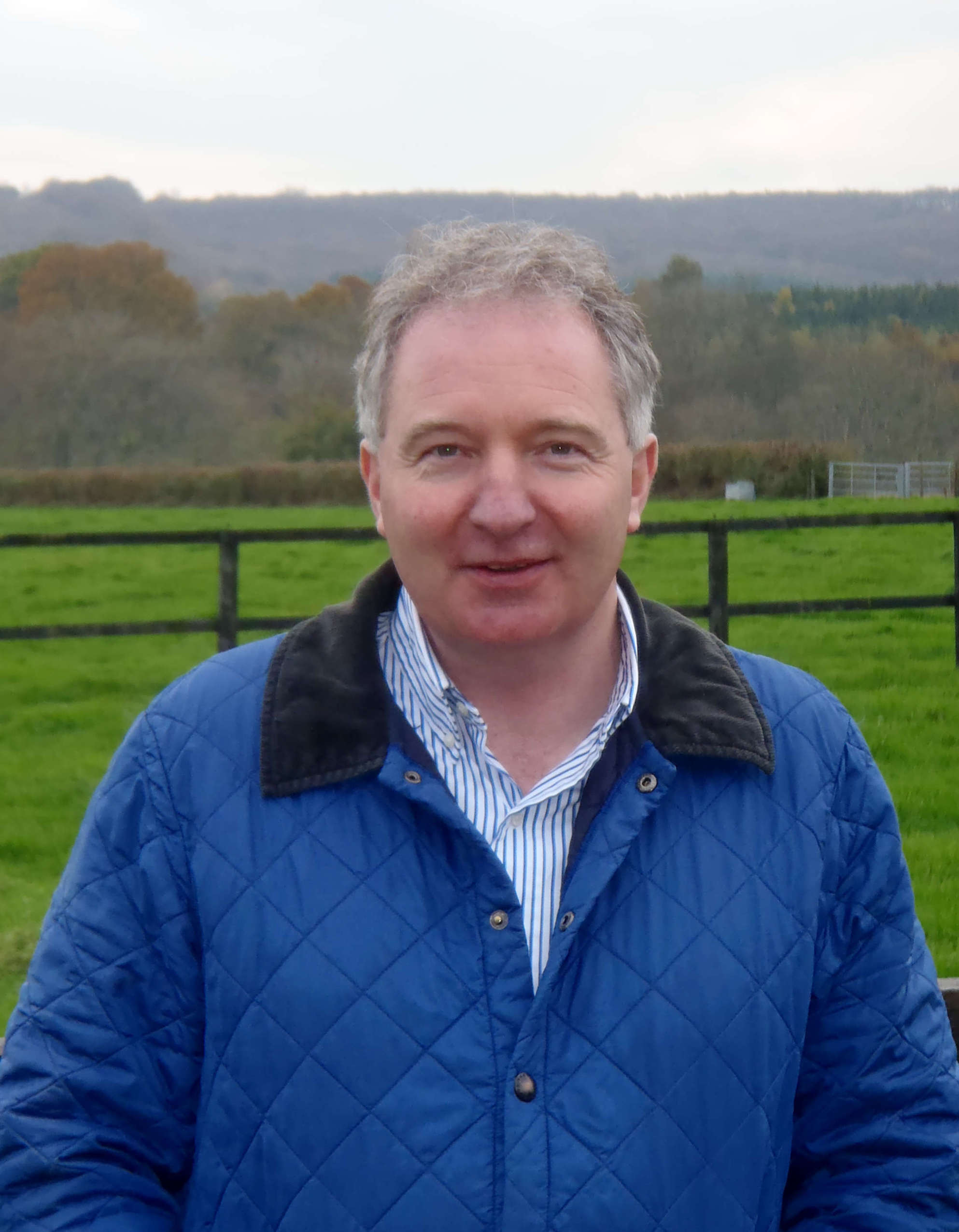 Born in Tipperary Ireland, John graduated from Dublin Vet School in 1986. John is a dedicated equine vet and was one of the first veterinary surgeons to embrace the use of techniques such as artificial insemination using chilled and frozen semen. He is now one of the most experienced vets in the UK in the field of equine reproduction. Between the seemingly endless amounts of mares to get in foal each summer around Surrey, Hampshire, East Sussex and West Sussex, John has a special interest in eventing and showjumping providing veterinary care from for many world class equestrian athletes. Away from the practice John takes a keen interest in equine matters, with a special interest in the pedigree and performance of both thoroughbred and non-thoroughbred horses. 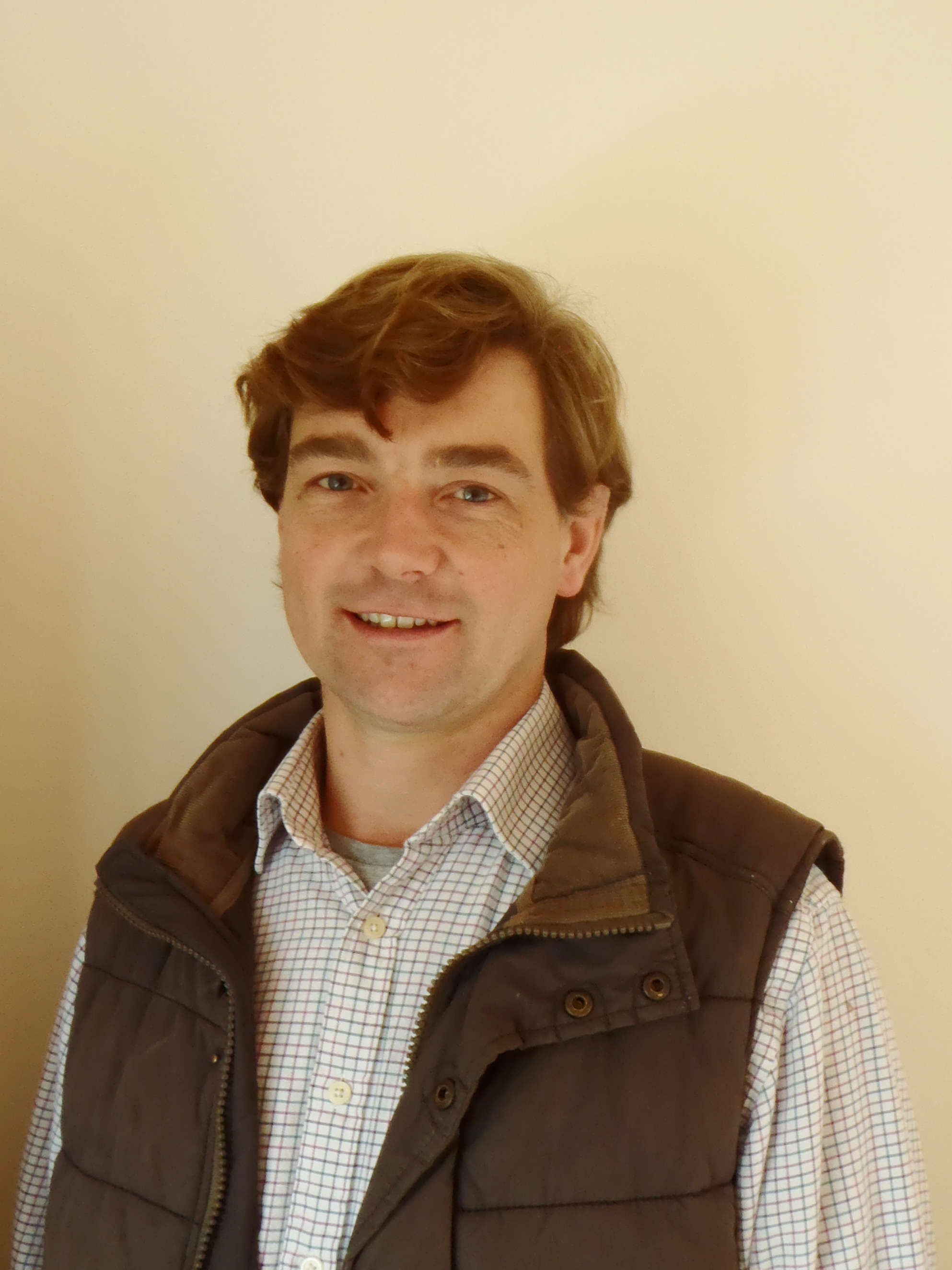 Also a Cambridge graduate, Alex joined the practice in 2006 after working for several years in and around Cambridge and Newmarket, along with spending a season in New Zealand. Alex is a dedicated equine vet and became a partner in 2010 and enjoys all aspects of sport horse veterinary medicine. During the summer Alex is extremely busy leading the clinic's embryo transfer programme but somehow still manages to play some polo. Alex is another rugby fan within the practice and also enjoys a variety of field sports. 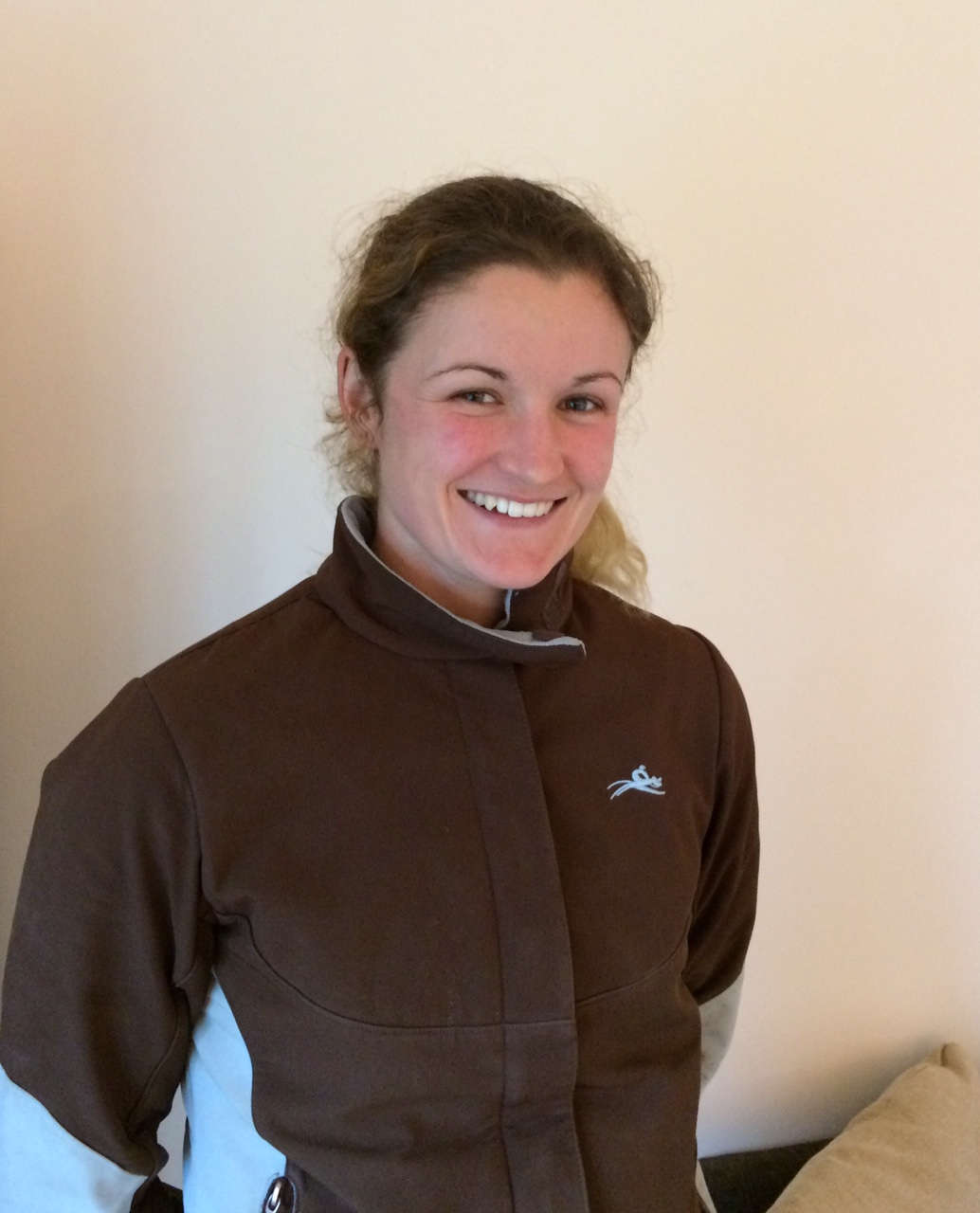 Olivia is a Royal Vet College graduate who grew up in the Hampshire / Surrey area. After graduating she spent her first 10 months teaching anatomy at the Royal Vet College before joining an equine vet practice in Bookham. Olivia subsequently joined another equine practice in the area where she developed an interest in sports horse medicine and dentistry.

Away from work Olivia has a passion for motorbikes and off roading. She enjoys running and competes in the adventure sport of Canicross trail running with her energetic dog Friday! Olivia is also kept busy as supermum of two boys, Dylan and Myles. 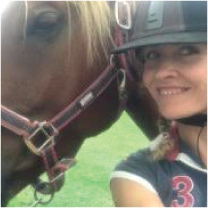 After graduating from Bristol, Rochelle has worked her way around the world, gaining experience and passport stamps! An internship in Canada was followed by a residency and Masters degree in Virginia, USA, both whilst working as a full time equine vet. The call of the Great White North brought her back to Canada after 3 years, where she worked as clinical faculty at the Western College of Vet Medicine, and combined clinical teaching with a busy sporthorse and racetrack practice.
The next stop was New Zealand (via France for a snow season) where she has spent the past 5 years working for a general equine practice in the beautiful South Island, servicing racing, sporthorse and polo horses (and encountering many familiar faces from the UK polo scene!).
Rochelle is an FEI Veterinary Delegate and Permitted Treating Vet, and has been lucky enough to work at the Asian Games in Guangzhou, World Cup Series Showjumping in Beijing as well as Dressage at Hickstead and a number of New Zealand National Eventing championships.
In her spare time, Rochelle enjoys spending time with her big fat horse Rosie and attempting to play polo. A keen traveler for pleasure as well as work, she also loves catching up with friends (and making new ones) all around the world, and in the few winters she sees tries to get out on her snowboard as much as possible.

Kirsty grew up in rural south west Scotland and spent much of her childhood riding horses.  Upon leaving school she travelled to Australia and had her first experience of polo- working on a stud farm in New South Wales.  She gained a great deal of experience working with youngstock, assisting with breeding programmes, training young horses and managing strings of horses.  From then on polo became the driving force behind her travels and over the next 5 years she worked in Australia, New Zealand and England.

Having worked with horses for years she then embarked upon a Veterinary Degree and graduated from Nottingham University with First Class Honours.  Kirsty was known to the practice and local polo community and joined Blackdown almost immediately.  She has a keen interest in sports horse medicine with a passion for polo ponies.

In her spare time she enjoys riding her own horses, running and travelling to sunnier climes whenever possible!

Vicki joined the practice in 2004. She has two lovely horses of her own, Scoops and Oliver and makes the most of her free time riding them as much as possible.

Jane joined the practice at the start of 2010. She enjoys competing her beloved mare Swansong (Swannie) in all the local hunter trials and taking her to the beach in the summer.

Emma joined the practice in 2018, having been known by Bruce and lots of our polo clients for many years. Outside of work she enjoys cycling, watching polo and walking her two dogs.

Amber joined the practice in summer 2019 after completing a diploma in Horse Management at Merrist Wood College. She splits her time between working part time in the office and her other passion as a dressage trainer and confidence coach. In her spare time Amber loves to ride her young dressage cob, Bob.

Lucy joined the practice in 2021. Having worked in Equine Veterinary practices before she quickly settled in. Outside of work she runs a sign-writing company with her husband and owns a special smiling rescue dog called Lucky!